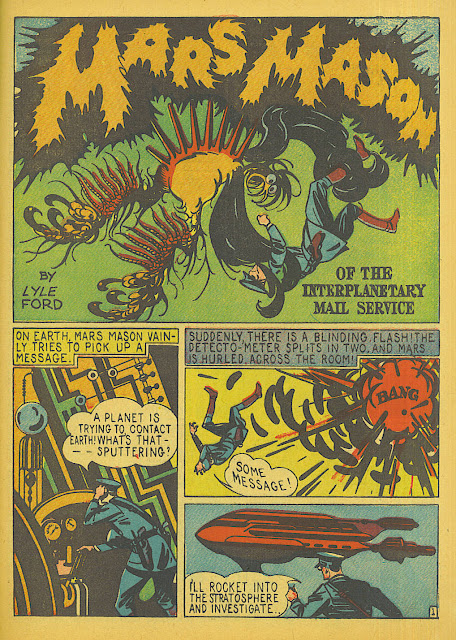 Munson Leroy Paddock was an old time newspaper cartoonist whose style, at one point, was very slick and attractive. By this point, however, some thirty years after his early newspaper success, his style had evolved into a melange of thick inks, odd poses and some truly bizarre panels! This is from an early issue of Harvey's SPEED COMICS in 1940.
2012 Update: A tip o' the Thompson topper to Daniel for noting a missing page and a page duplication--both now corrected. The fact that this came more than a year and a half since the initial post and that this post has until recently been on my Top Ten most read posts makes me wonder how we all missed it! 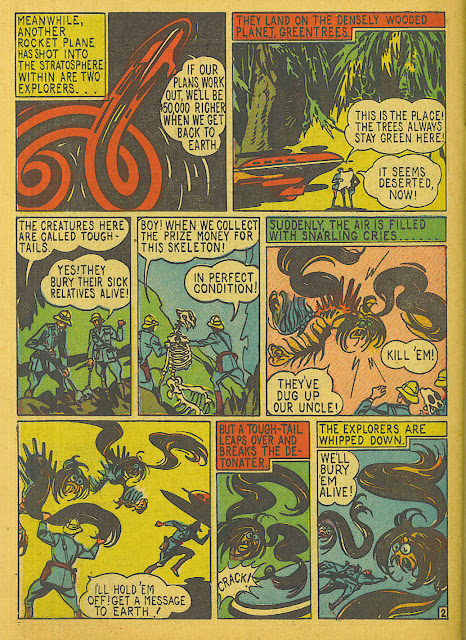 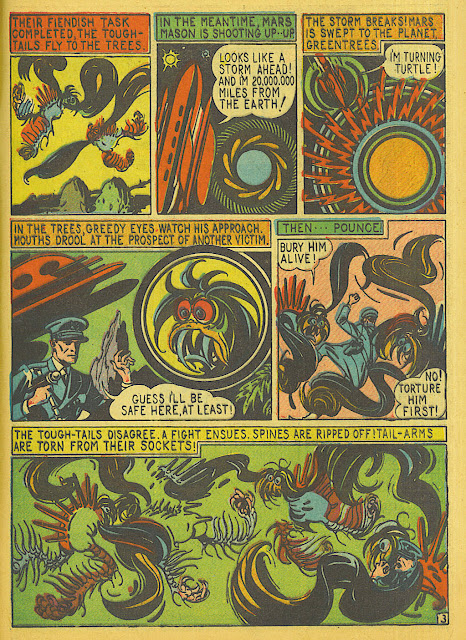 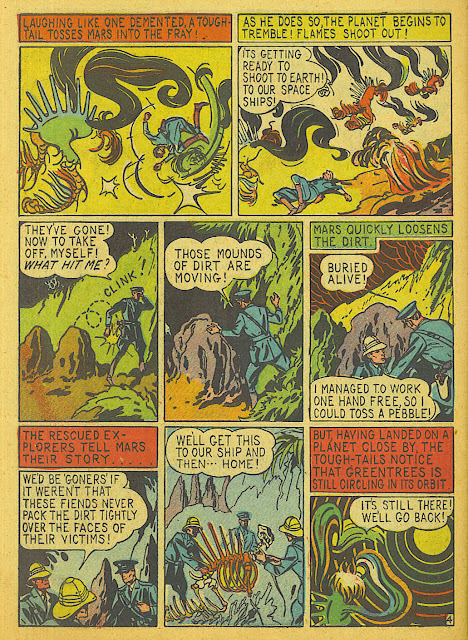 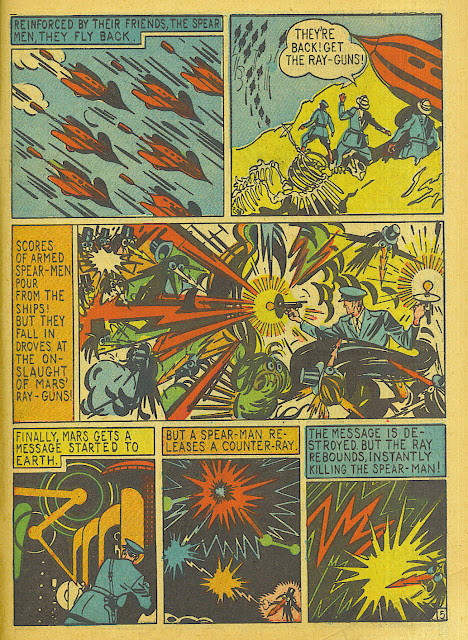 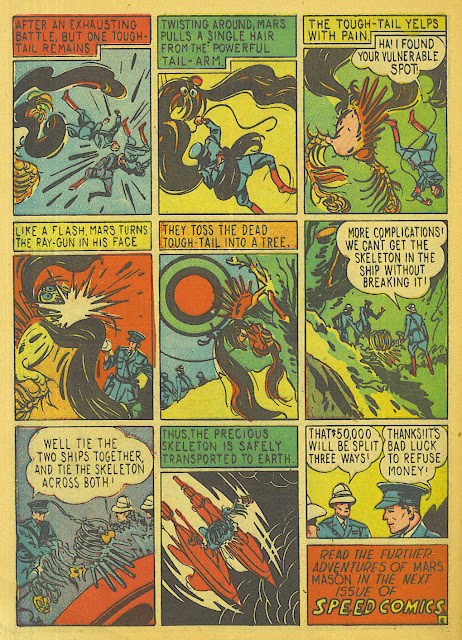 wow. this is awesome