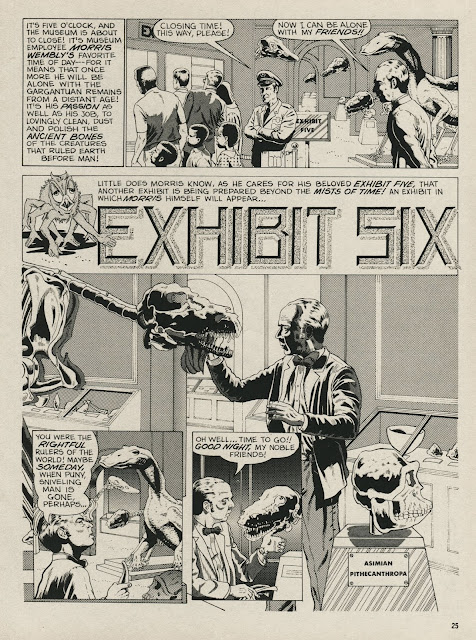 In the 1970s. Bill Dubay went from being a talented fan creator and publisher to being a  controversial and sometimes hated professional. This story, published in the first issue of FOR MONSTERS ONLY I ever say, looks like a reject from the now-legendary WEB OF HORROR series. Dube uses an assumed name. Was he already with Warren at the time? 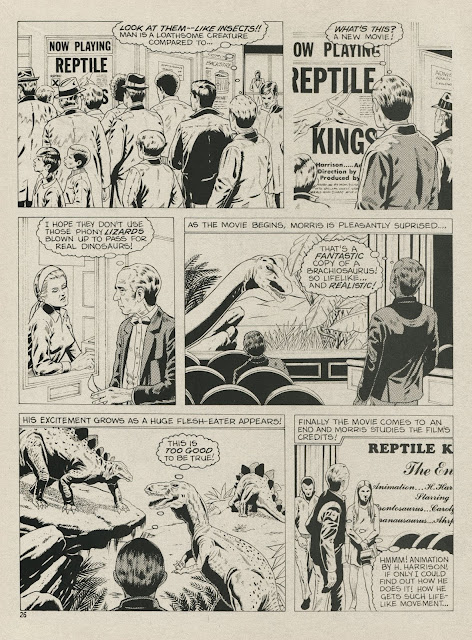 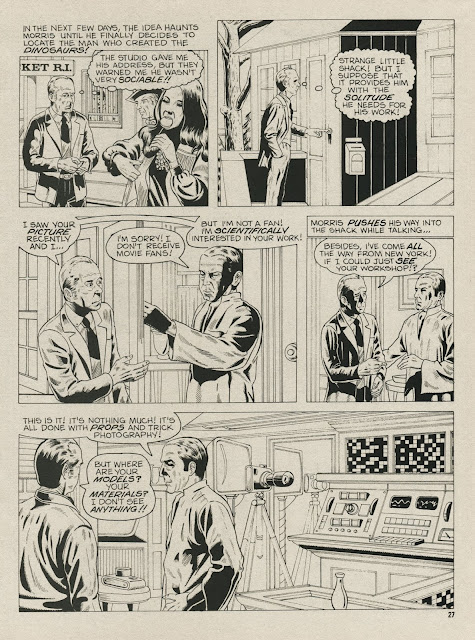 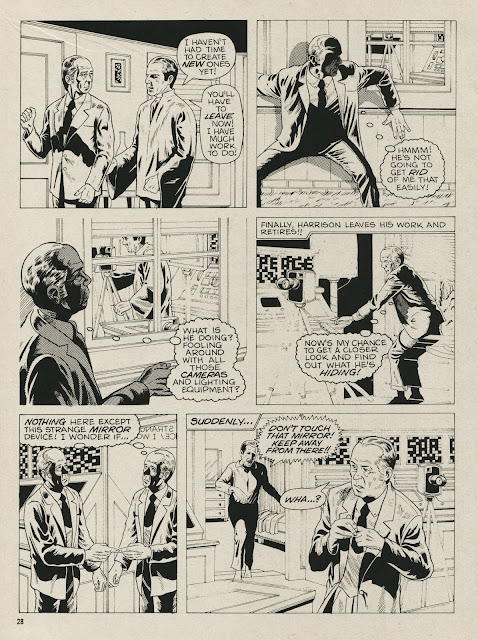 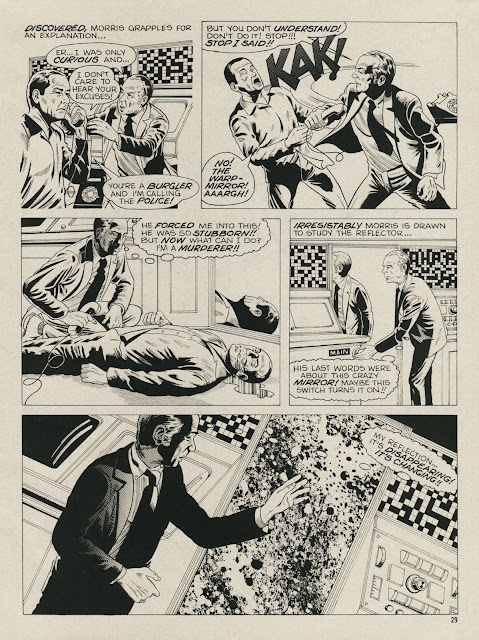 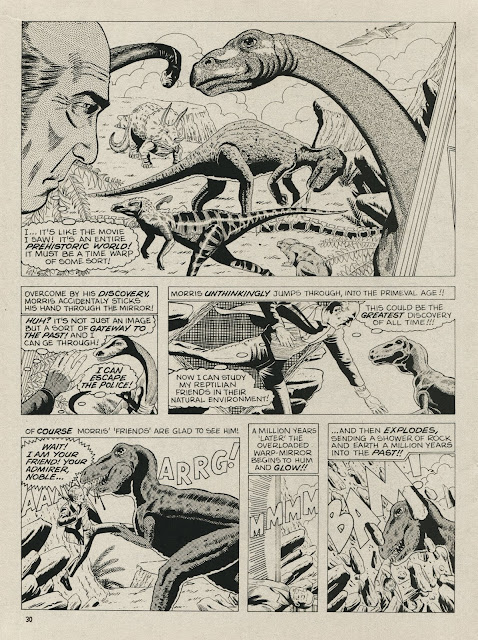 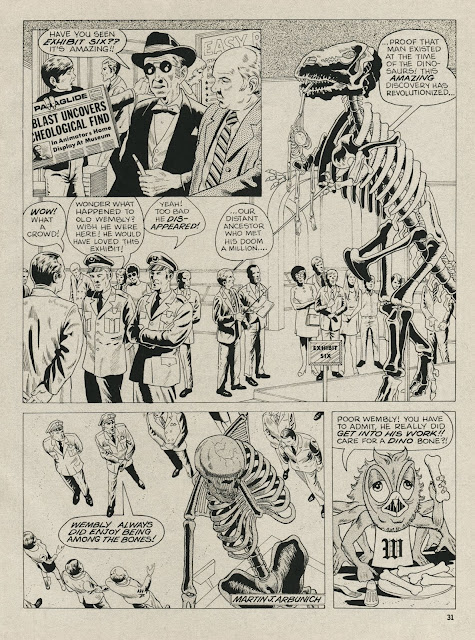 That's a cute one one, with a lot of fun dinosaur art (one wonders if this was created so somebody could draw dinosaurs, there's a lot of loving care every time there's dinosaurs on a panel.)

That said the human figures are pretty static throughout, this one certainly would have fit within a early period Warren mag.