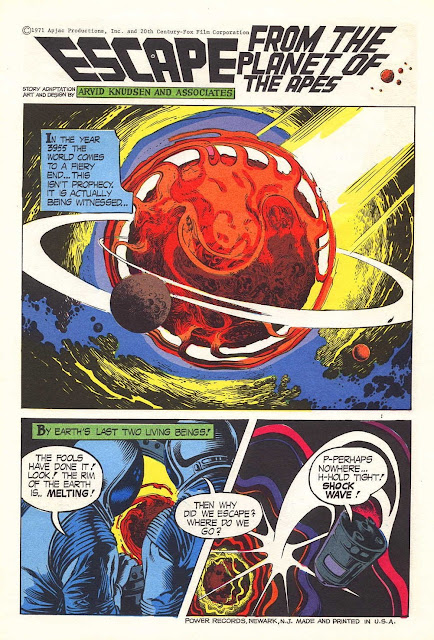 My favorite Apes movie by far but I have to question whether these folks had actually even seen it. Perhaps they simply were afraid to use actor likenesses. Sal Mineo's Dr. Milo character is missing entirely so the baby is given not his name but the name he has in the NEXT film, Caesar.

The artist, whose work looks vaguely Filipino, was apparently an American who had been doing book illustration since the 1950s. 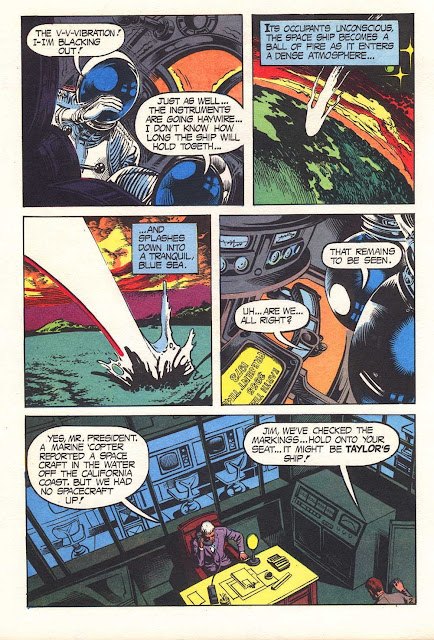 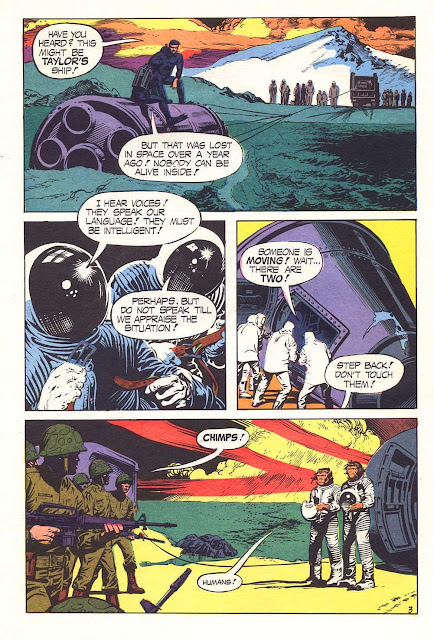 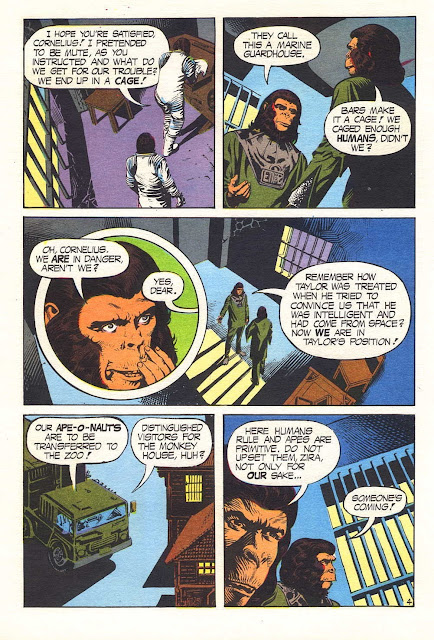 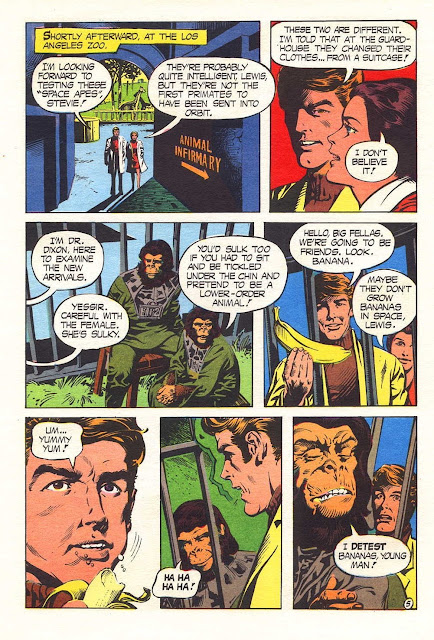 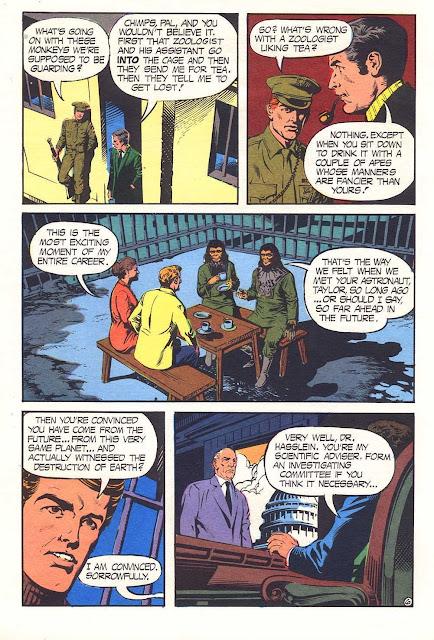 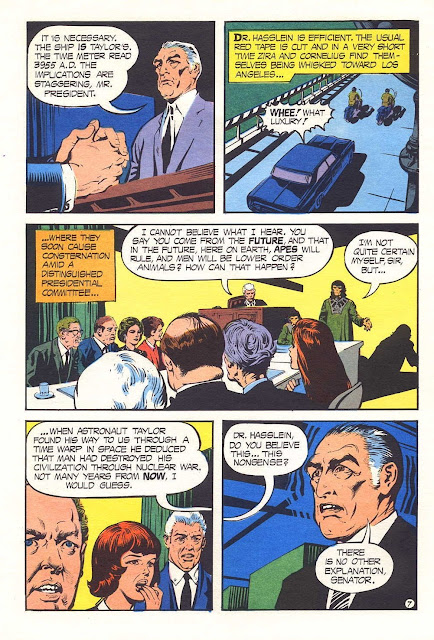 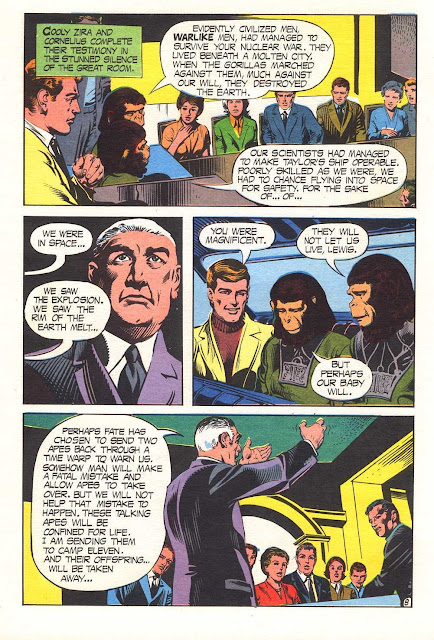 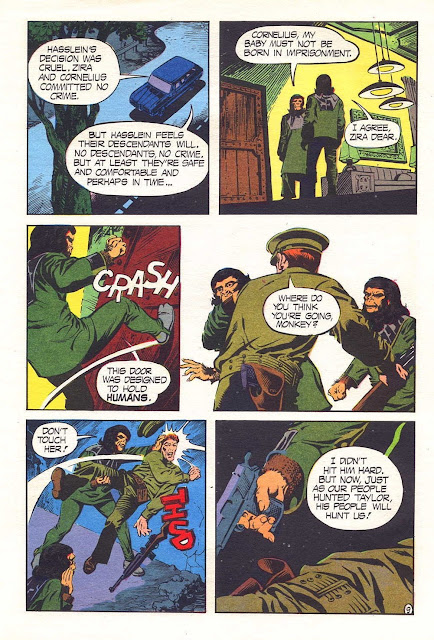 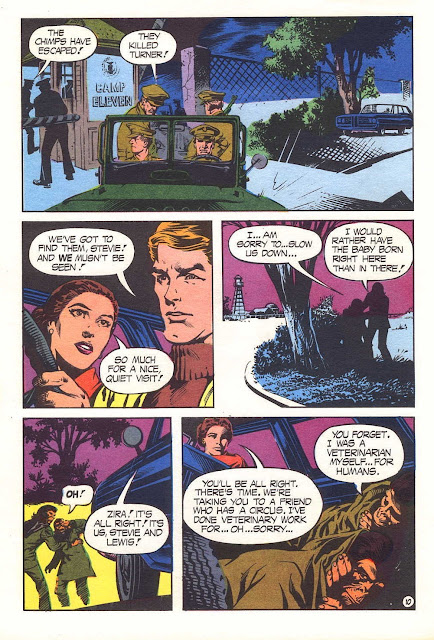 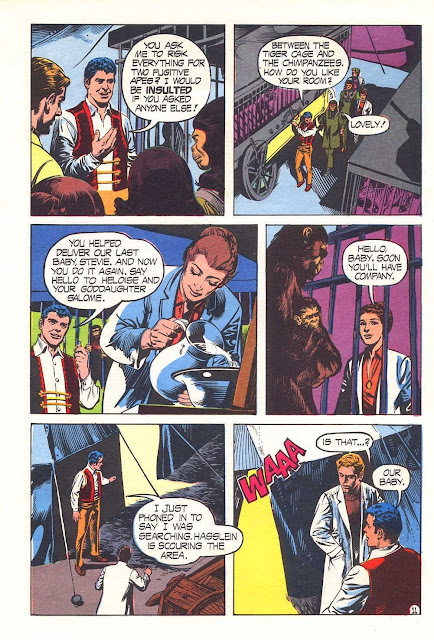 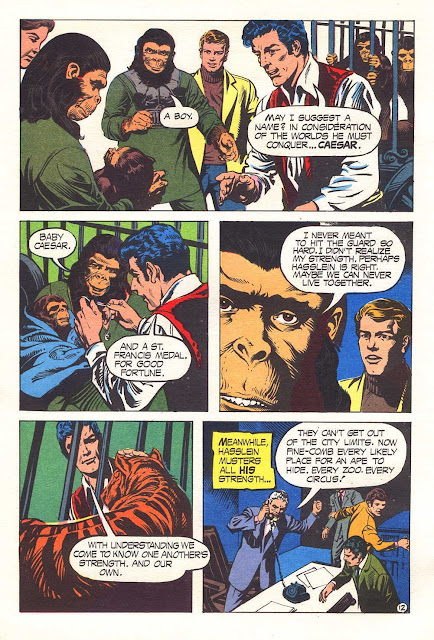 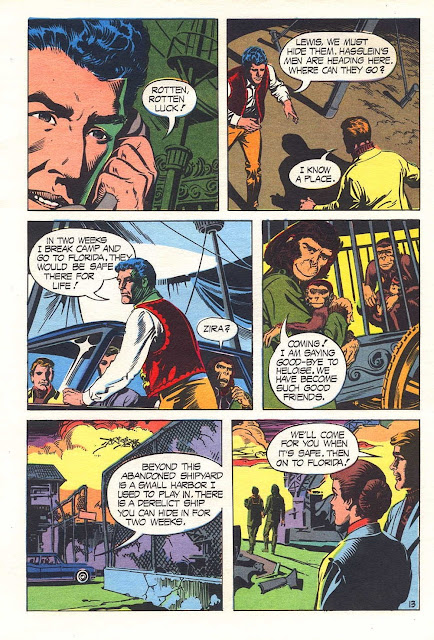 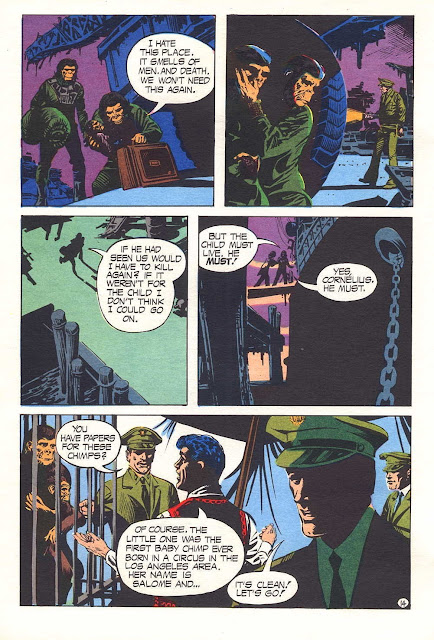 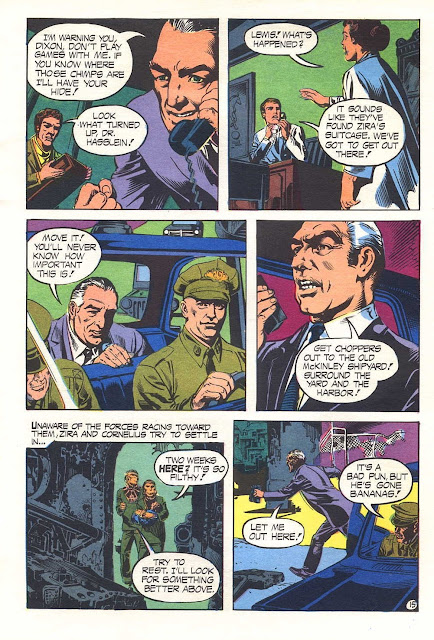 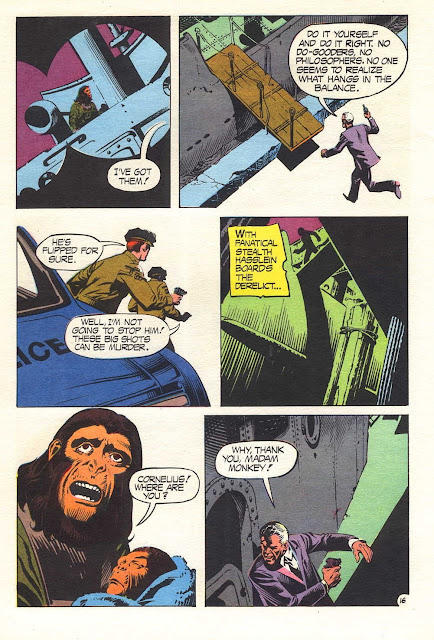 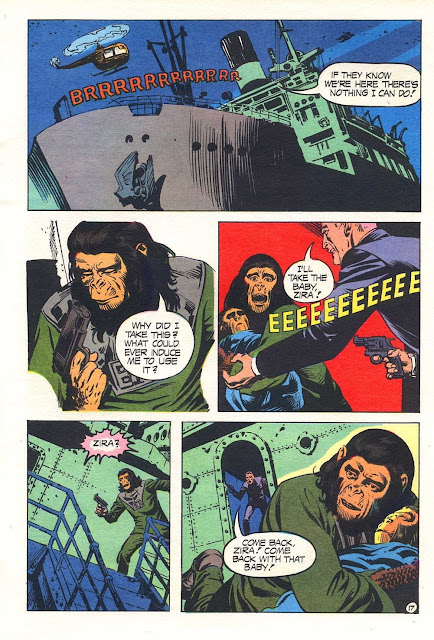 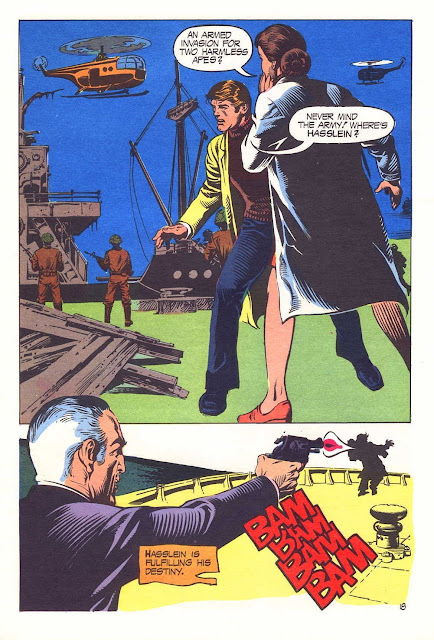 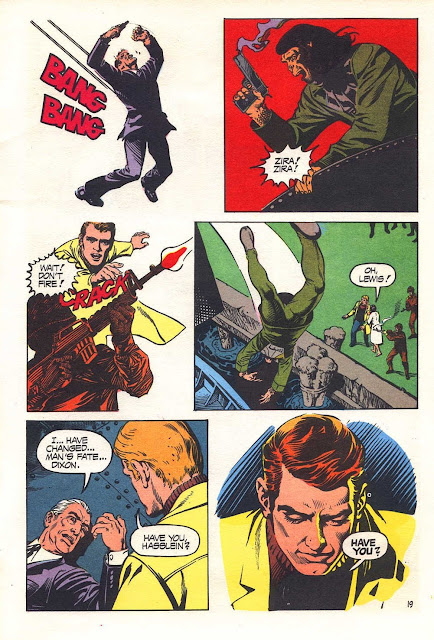 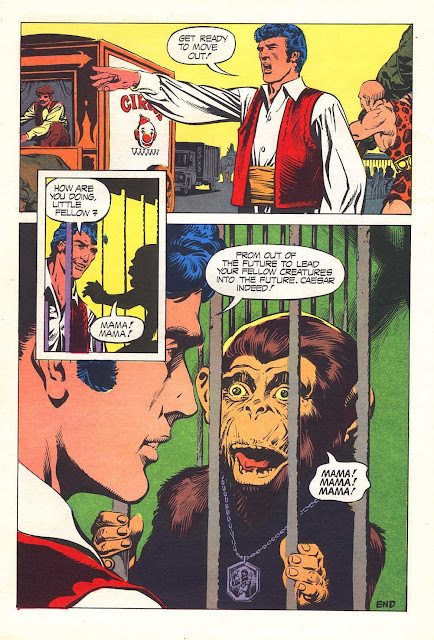