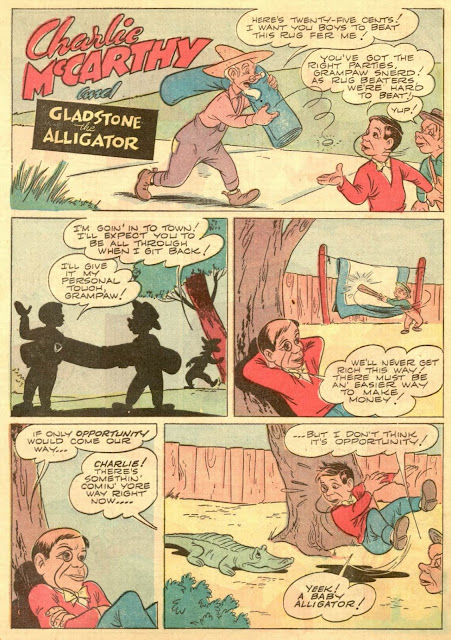 If Mortimer has a grandfather then he apparently isn't a ventriloquist's dummy here and thus neither is Charlie. He's just a weird-looking, monocle wearing...kid? The only thing stranger than Edgar Bergen being so successful on radio is his dummies appearing in comic books with Edgar nowhere to be seen! 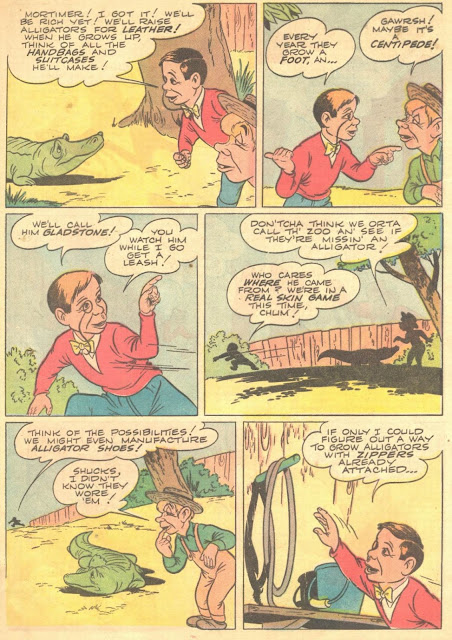 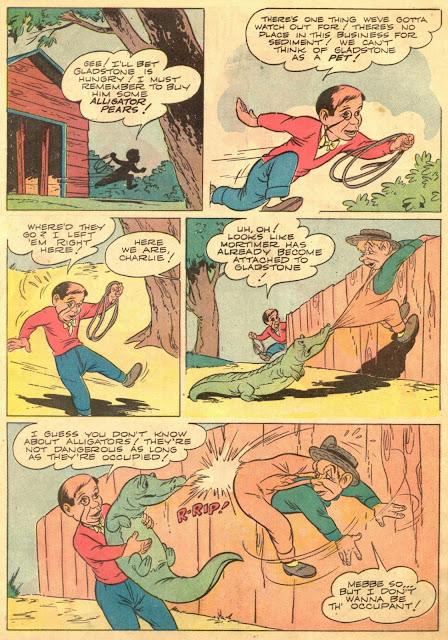 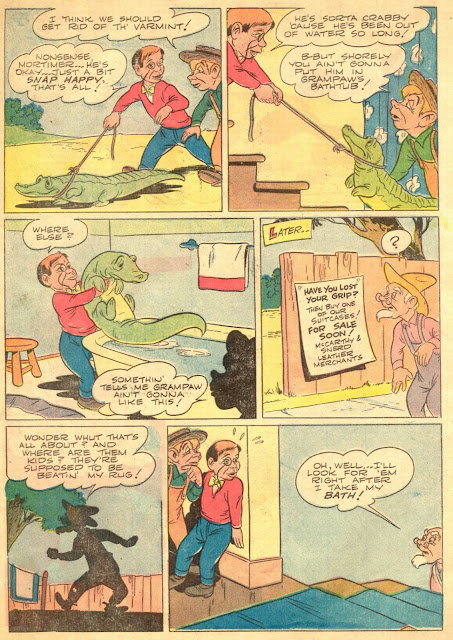 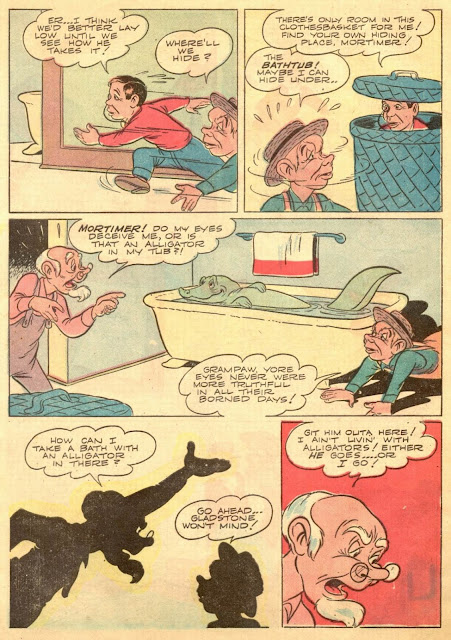 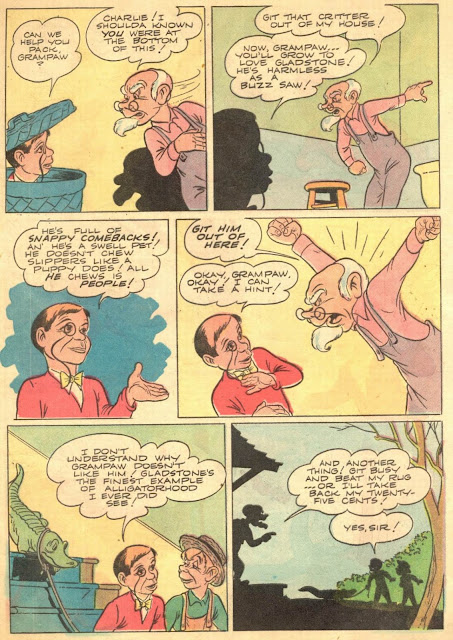 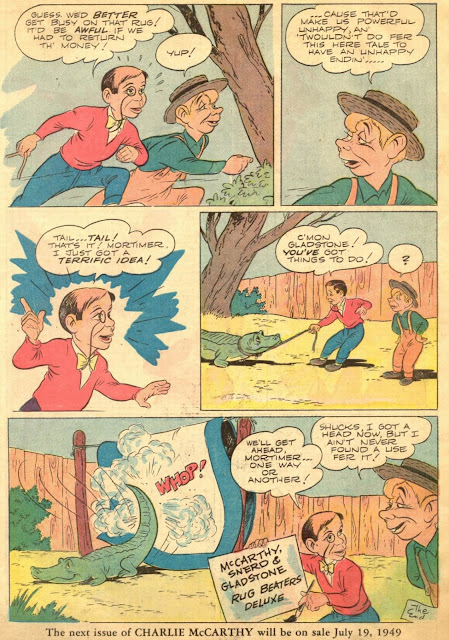 Quite a clever story, actually, with some nice one-liners. I've known for years that there were Charlie McCarthy comics, but I'd never seen one until now. It is weird seeing Charlie and Mortimer "Bergen-less," and as "real people," nonetheless.