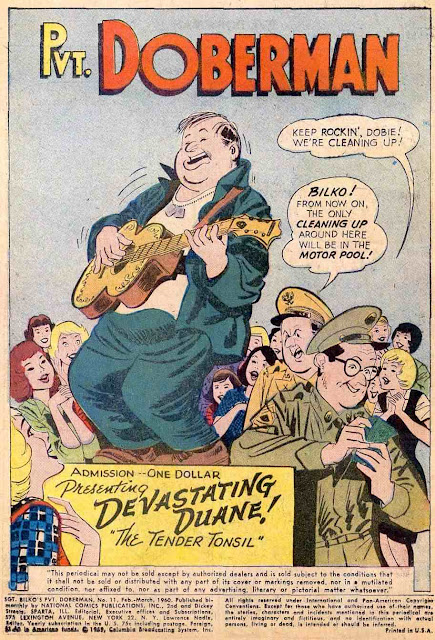 I'm in a Bilko frame of mind after having earlier ordered the Shout Factory complete set of THE PHIL SILVERS SHOW at a really good price. DC published not one but TWO comic book series based on the now-classic sitcom, this one spotlighting popular Maurice Gosfield character, Private Doberman. The comics were actually quite like the series, this one also a parody of Elvis who was then in the Army himself! 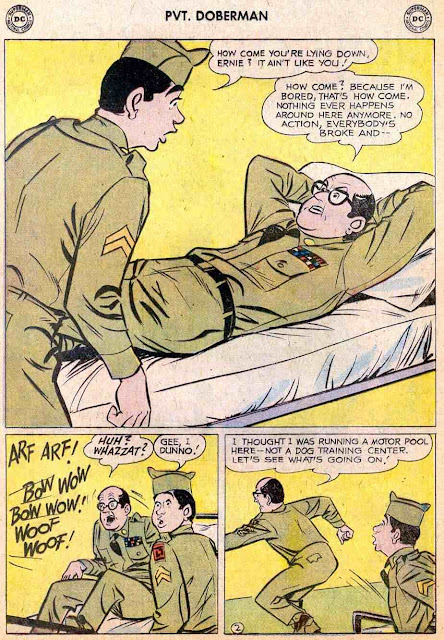 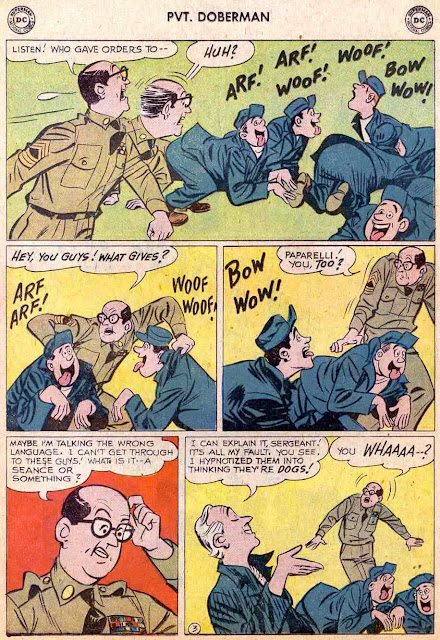 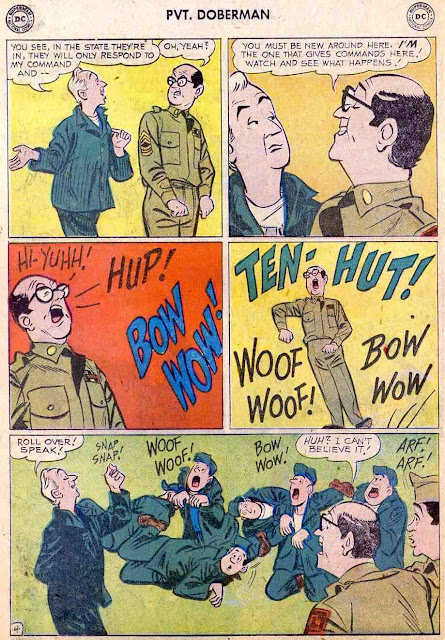 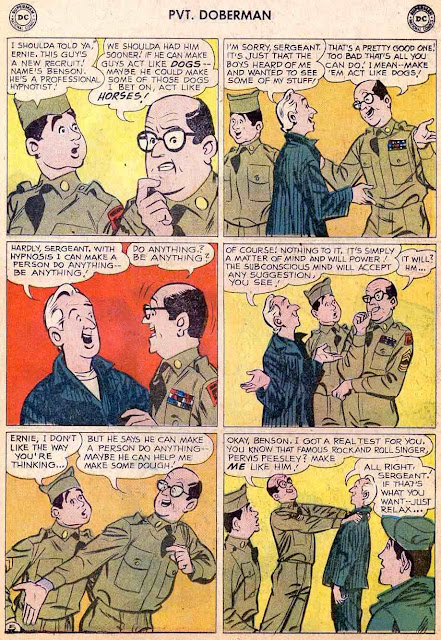 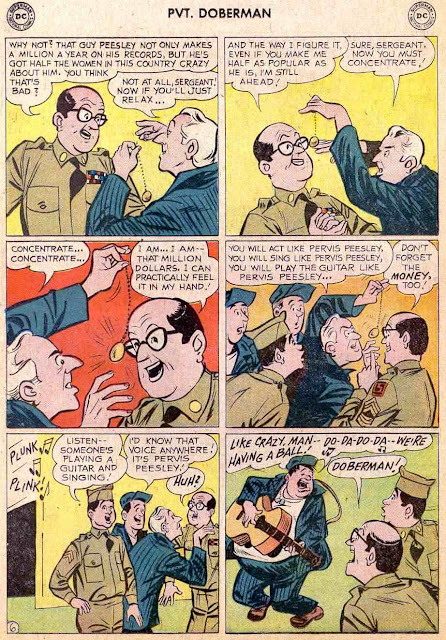 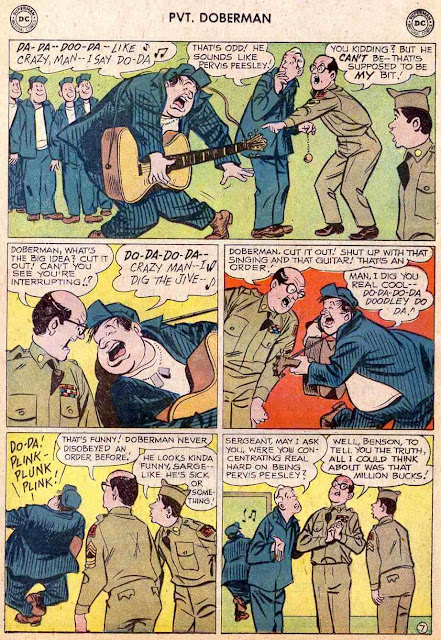 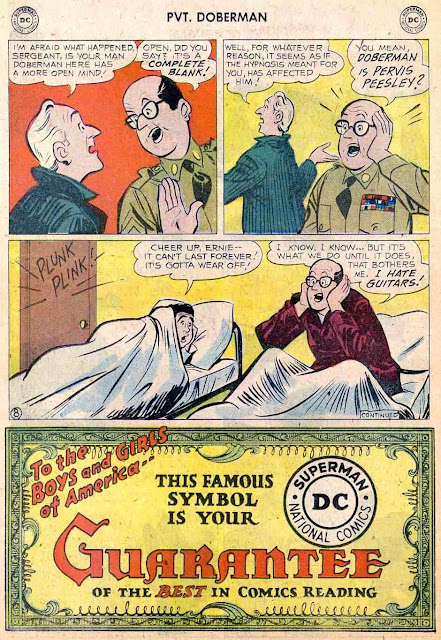 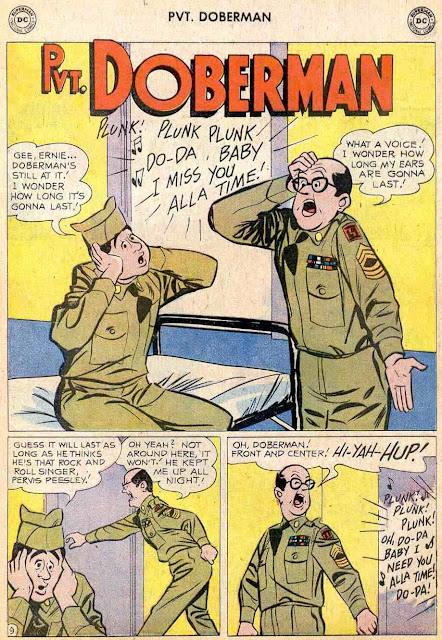 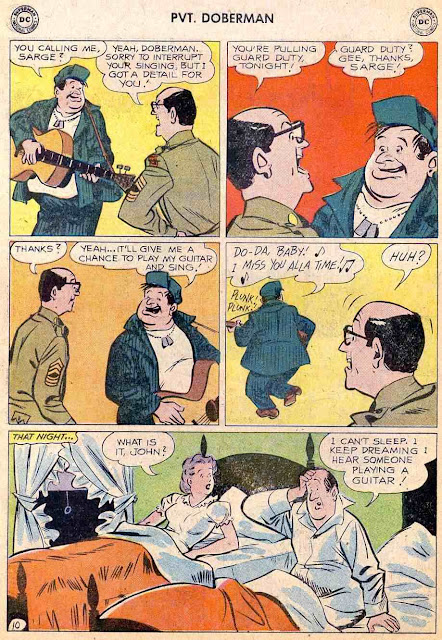 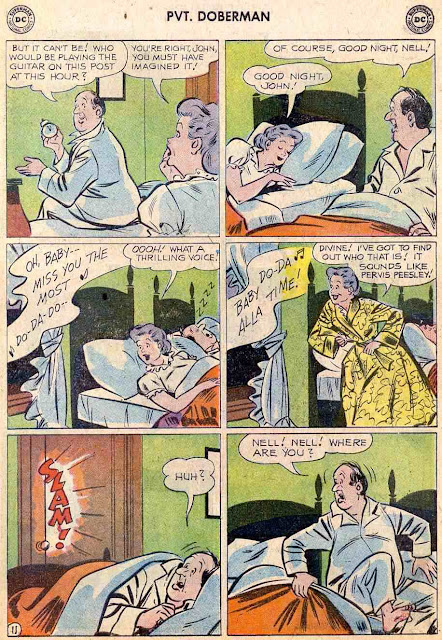 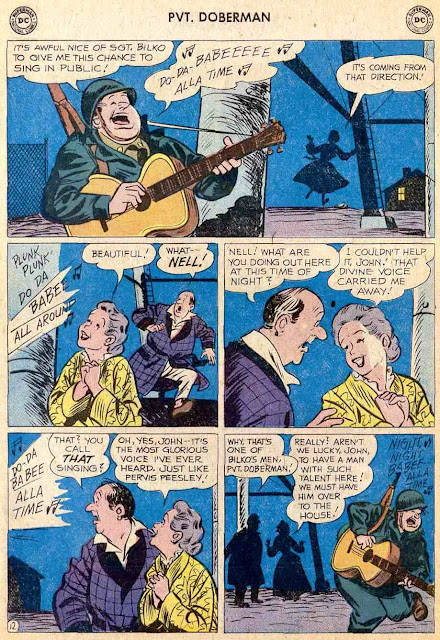 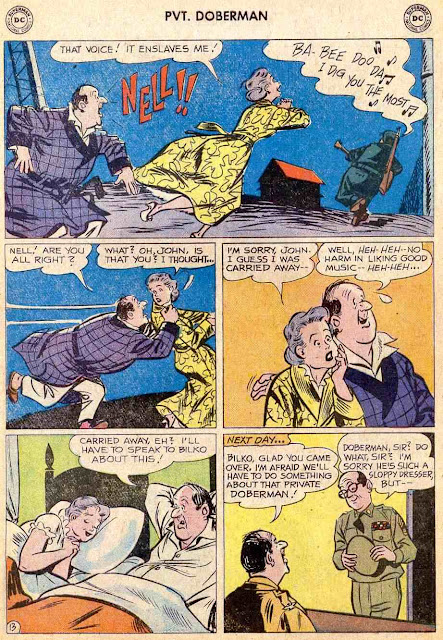 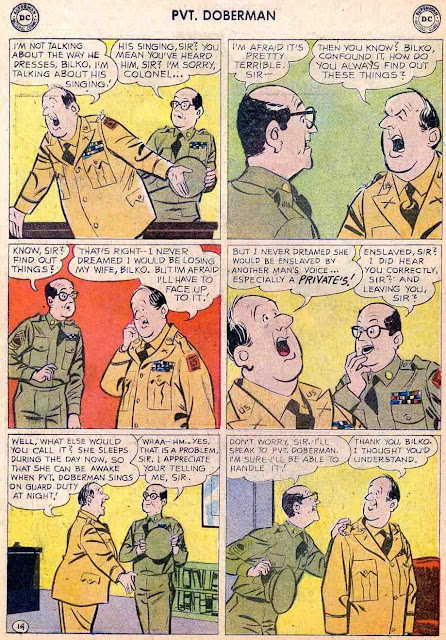 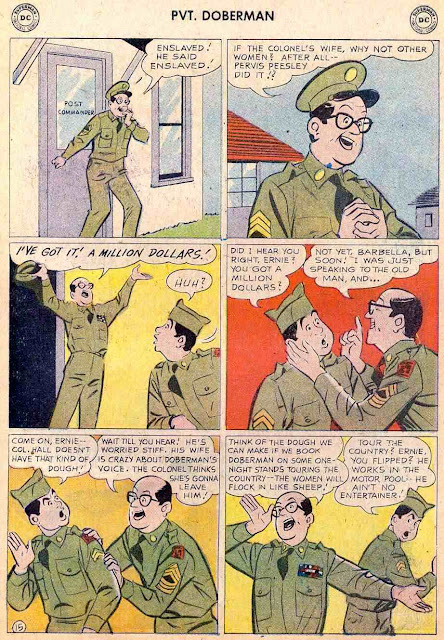 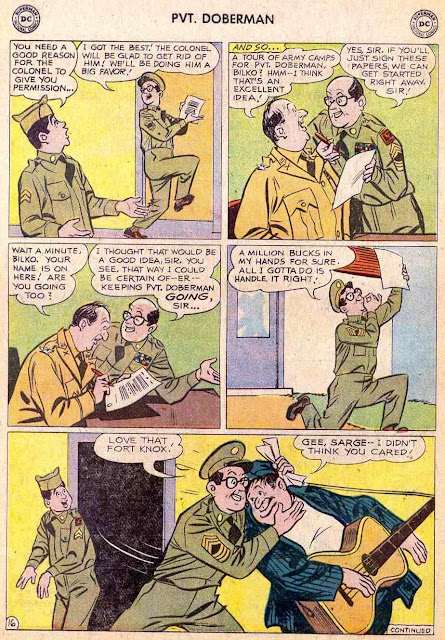 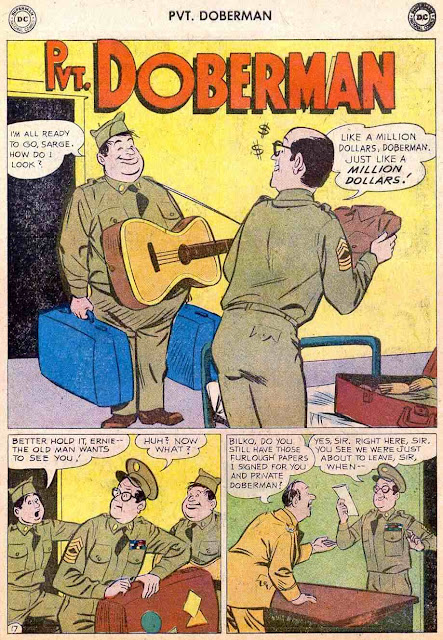 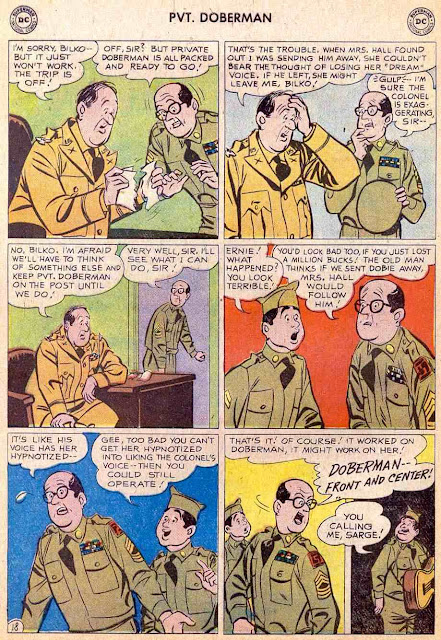 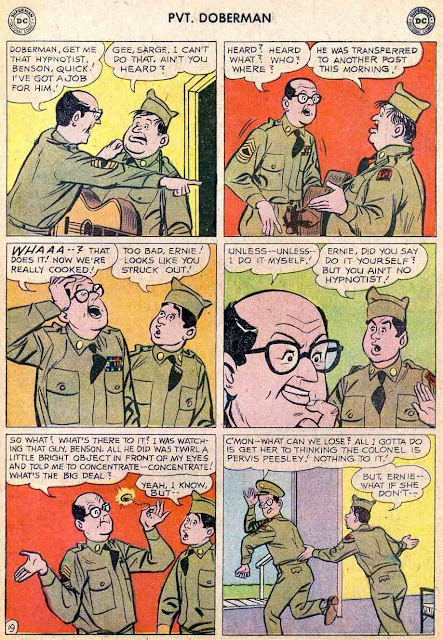 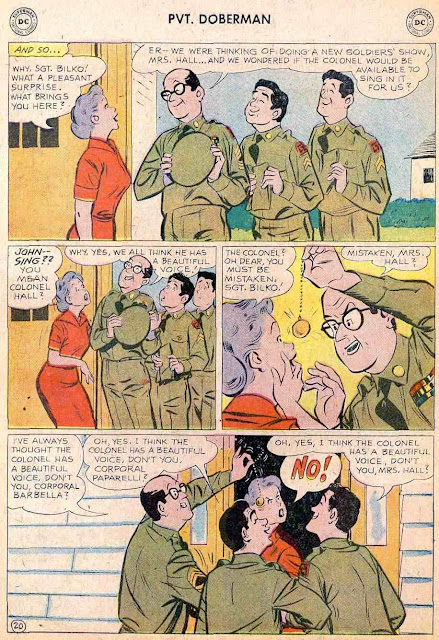 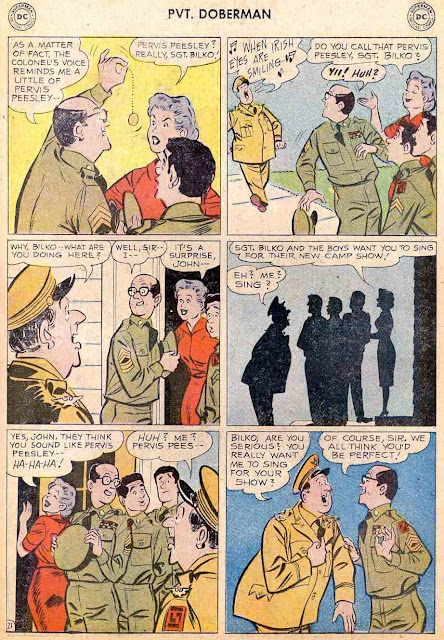 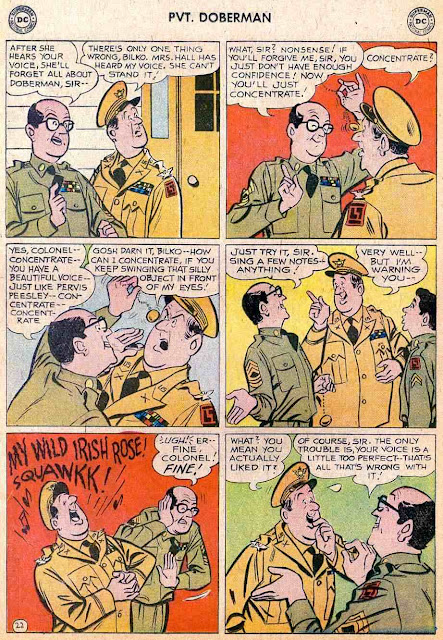 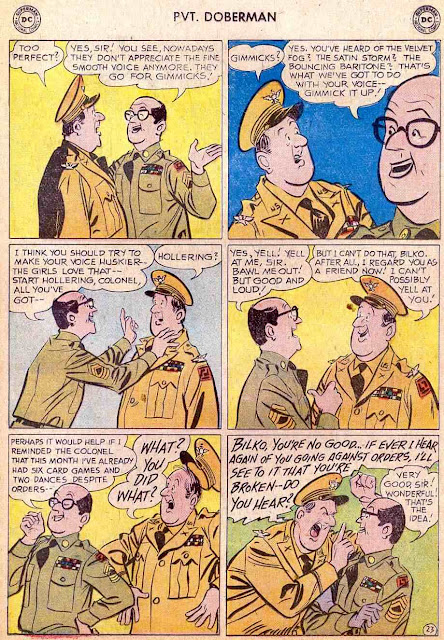 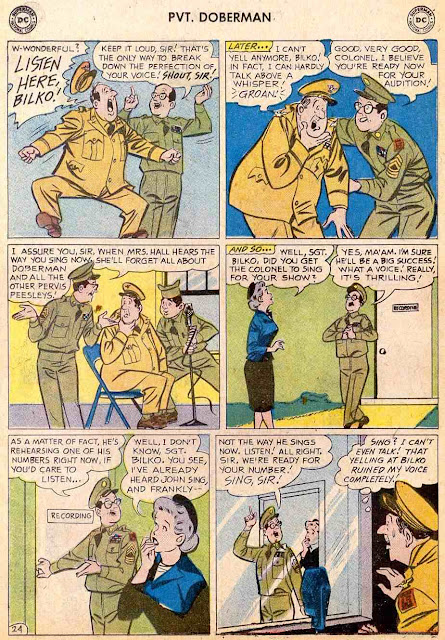 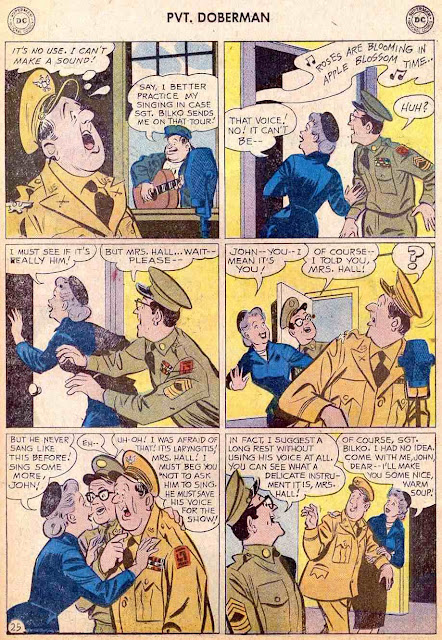 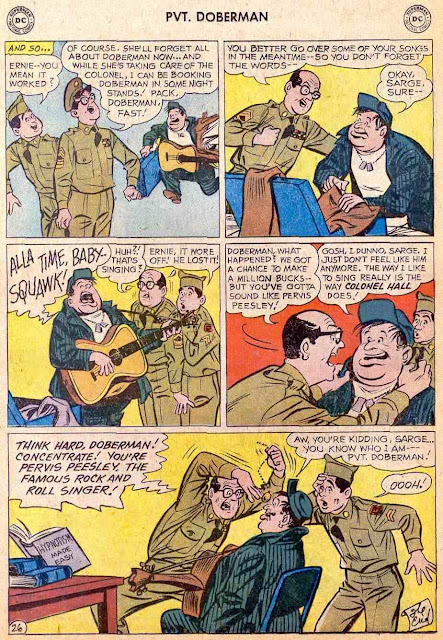 It's amazing how well Oksner captures both Phil Silvers' likeness and his attitude with just a few lines. He makes it look soooo easy. What a talent!