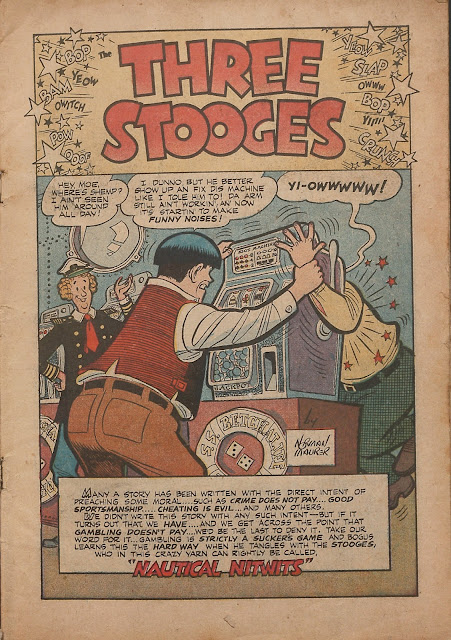 Norman Maurer's 1950s' comics featuring the Shemp version of the Three Stooges are in some ways better than their live action counterparts. not only because Maurer--Moe's son-in-law and the act's later manager, producer and director was a heck of as cartoonist but also because his imagination wasn't hampered by the budget restrictions Columbia saddled the comedy act with in that era. 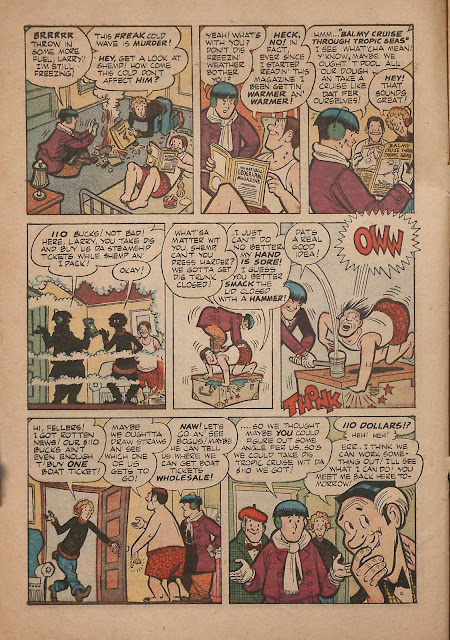 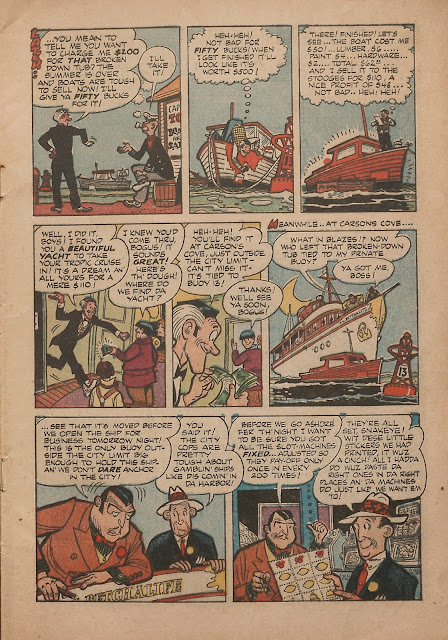 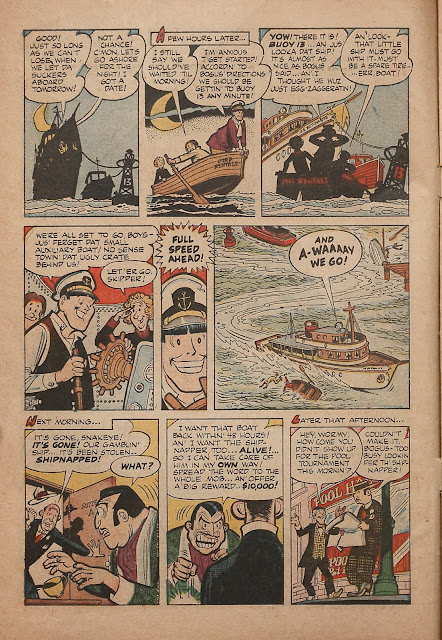 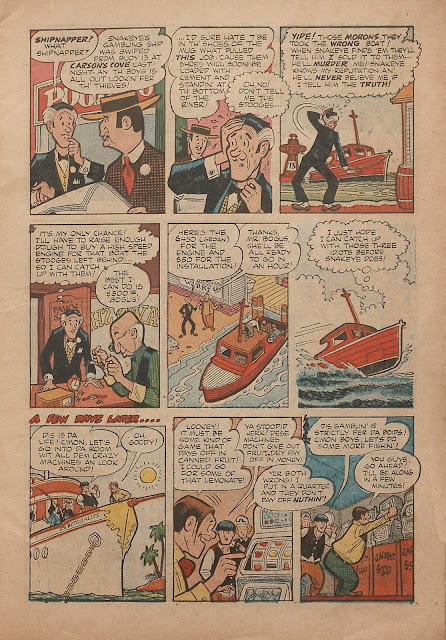 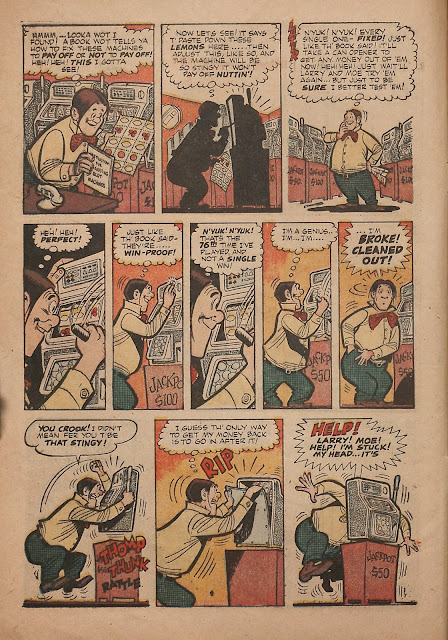 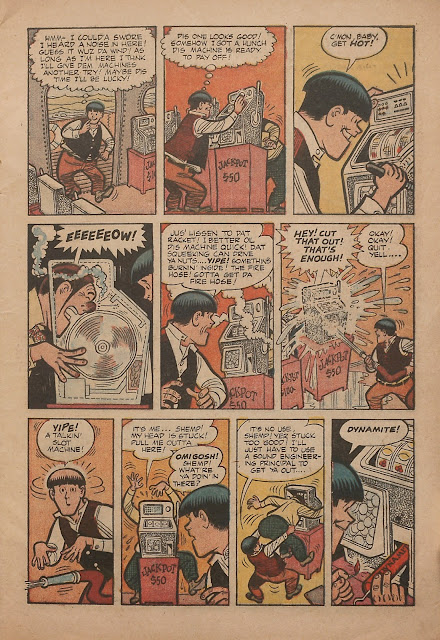 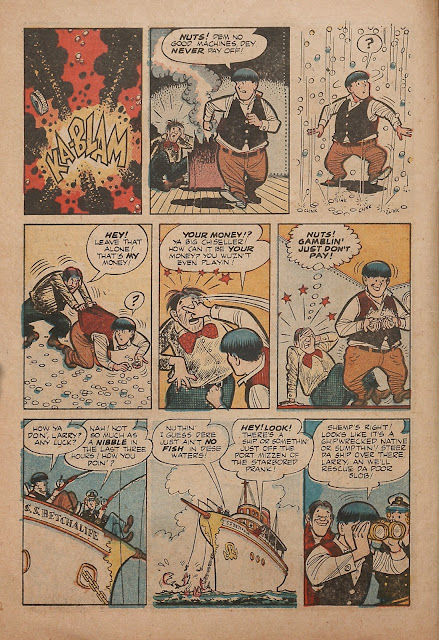 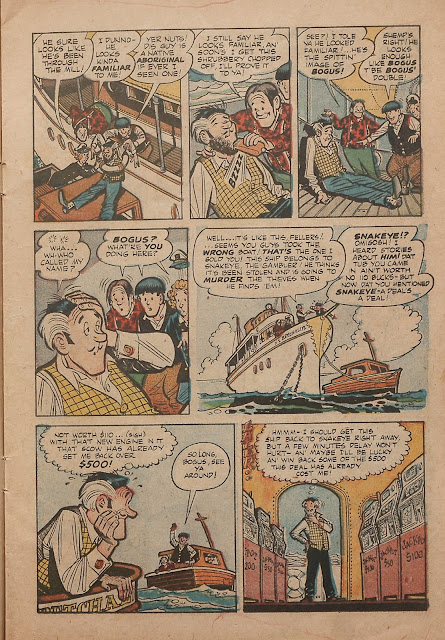 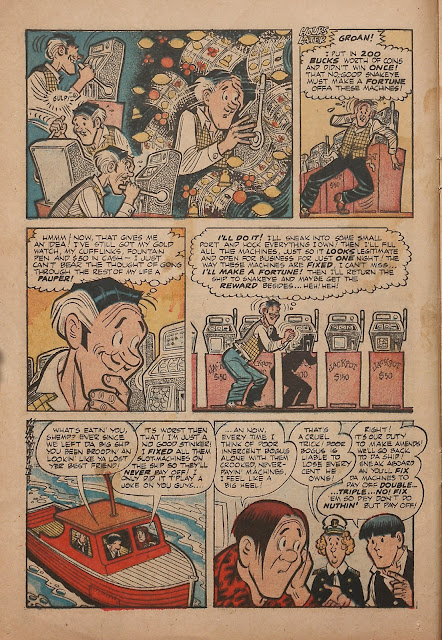 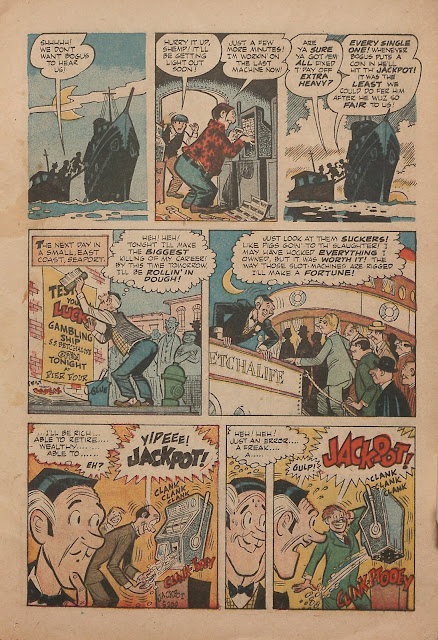 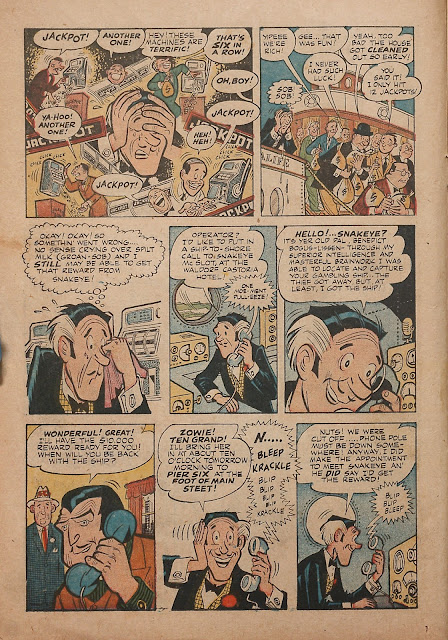 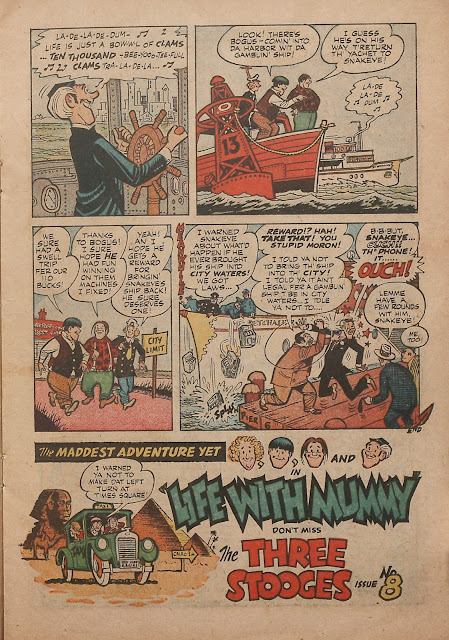 Agree with you that the Three Stooges in the comics are, in many ways, superior to the one in the shorts. I think that Maurer's newly-invented character, Benedict Bogus (Sr.) was an ingenious way of introducing a foil for the boys' antics. Without an antagonist, the buys would just have each other to physically abuse. But with a comedic foil, they can unite for a common cause, and actually have a plot, instead of endless (and tedious) physical comedy. There is some of that in this comic, but nowhere near the amount of slapstick as shown in the shorts and in the movies.

I LOVE these Norman Maurer written-and-drawn Three Stooges comics. I'll need to hunt them down (digital versions or reprints are fine) because I like his art, and his storytelling!